At the moment I’m at Budapest airport waiting to go to London, I went there too early so that’s why I decided to write this blog.

When I was growing up, my family spent so much time taking these road trips. When I say my family I actually mean my uncle and auntie. Because I traveled with them mostly when I was a little kid because my parents have been working abroad and I lived in Vietnam with my grandmother and sister back then.

We hung dry our clothes, we never went out to eat ( actually the opposite, we were eating out everyday of our trips because if i remember well it’s because my aunt said we had to try our every kind of food in every city we’re going to ( she was 24 that’s why she is that cute). My aunt had tea instead of having Star bucks ( because in my city there was no Starbucks. I don’t know why I’m comparing these too but yea ). Travel was our one thing (XD). My aunt and uncle always ( let’s say most of the time ) had me with them because my sister had to study more than me so she couldn’t join us. Sometime my sister and I fight over about why I always go on trip whenever she couldn’t. The drives were long and boring sometimes because there were only three of us me auntie and uncle. There was plenty of yelling and fighting between the two of my dear uncle and aunt okay not yelling n fighting, they were just about where to go next and where to eat, and I only was about to whatever, just go into whatever kind of restaurant or street food place to eat.

I remember once when we went to Hoi An, my uncle and I went to the actual towns. We skipped the tourist traps ( my uncle called it traps and okay not tourist but we are from another city so whatever ) and saw the small businesses that were the backbone of Hoi An. I got the best souvenirs from these locals ( I know the way I wrote its like we are foreigners but as I said whatever lol) . I met people from all over who would help me ( old people of course ) understand the world that I saw. Hoi An is such a colorful city, a lot of tourists were there. Back then I didn’t speak any English words so it was like in another country lmao.

My first and last trip with my whole family was the trip to Da nang and Phu Quoc, I should have taken more photos. I’m not going to talk about this trip because it reminds me of my Dad a lot, and we all know I can’t keep my tears in whenever I talk about him.

Few years later, I didnt travel that much anymore because my aunt and uncle moved to another city, but i am so thankful for them and those good memories. Moving to high school, there were more trips with my class, and I also took part in the student exchange program of my school to Netherlands, I stayed there for a week at my one of my girl in the program’s home and had so much fun.

At summer 2015, I went to Prague with some my friends and spent a week there. It was also awesome even though it was raining a lot.

Before having a final exam at high school ( Dec 2016 ) I went to a road trip again with my friends to Italy, we went to 5 different cities and of course IT WAS THE GREATEST TRIP I have ever had so far. Once is because I was with my lovely friends and once is Italian cities are dope and so dreamy.

And then on summer 2017, best summer in the last 19 years of my life ( so far ). I went to two more cities in Italy and went to Paris, then to Nice, France, lastly was to Athens and Santorini.

Nice, France which is located in the French Riviera, on the south east coast of France on the Mediterranean Sea. What could I ask for more ? I was always dreaming about going there since I was 14 because I was reading a blog post about Nice and wanting to go ever since. In summer 19 I did it. It was one of the most naturally beautiful and vibrant place I have ever see. Nothing is better than having an European espresso with a biscuit next to the ocean with palm trees. I loved getting lost with my friends in the Old Town’s narrow streets, buying ice cream and hearing people around me talk in French. 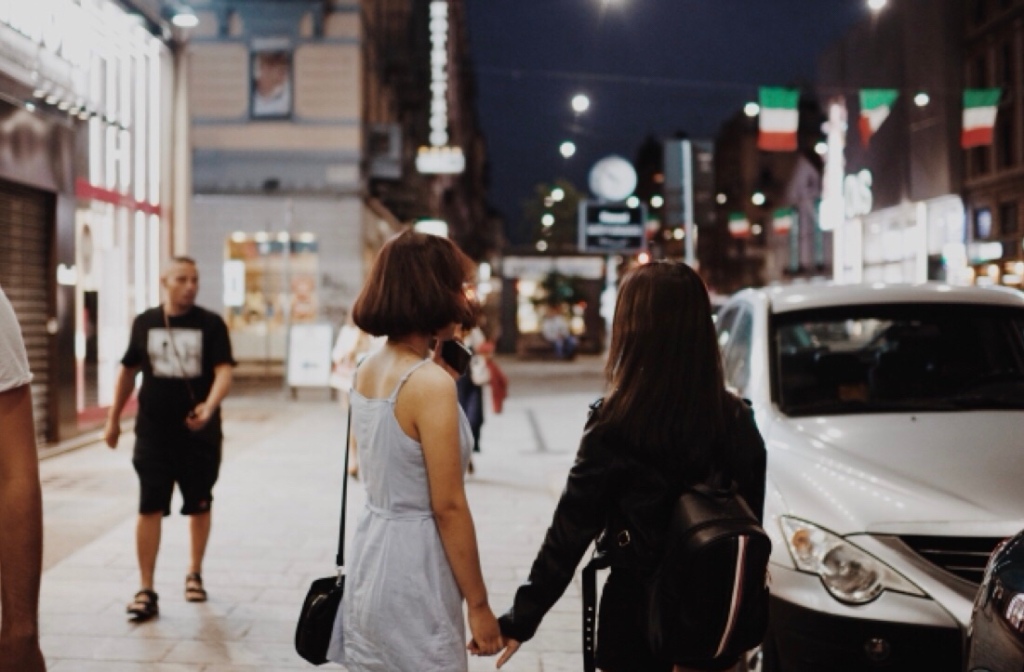 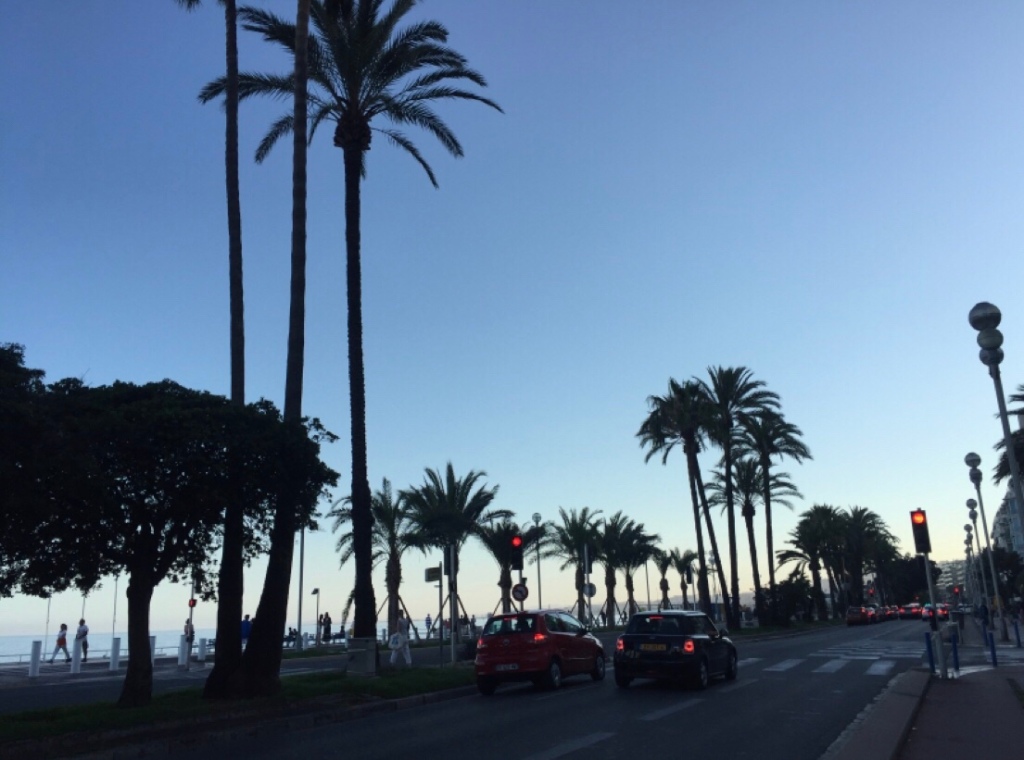 After that, I went back to Budapest for a few weeks and went on my next trip with my Mom and my brother. Have to say I’m so lucky to see one of the most beautiful sunsets of my life ever in Santorini ( both Oia and Fira’s village).

Last summer is when I’ve realized that I’m destined to live at the beach one day:D 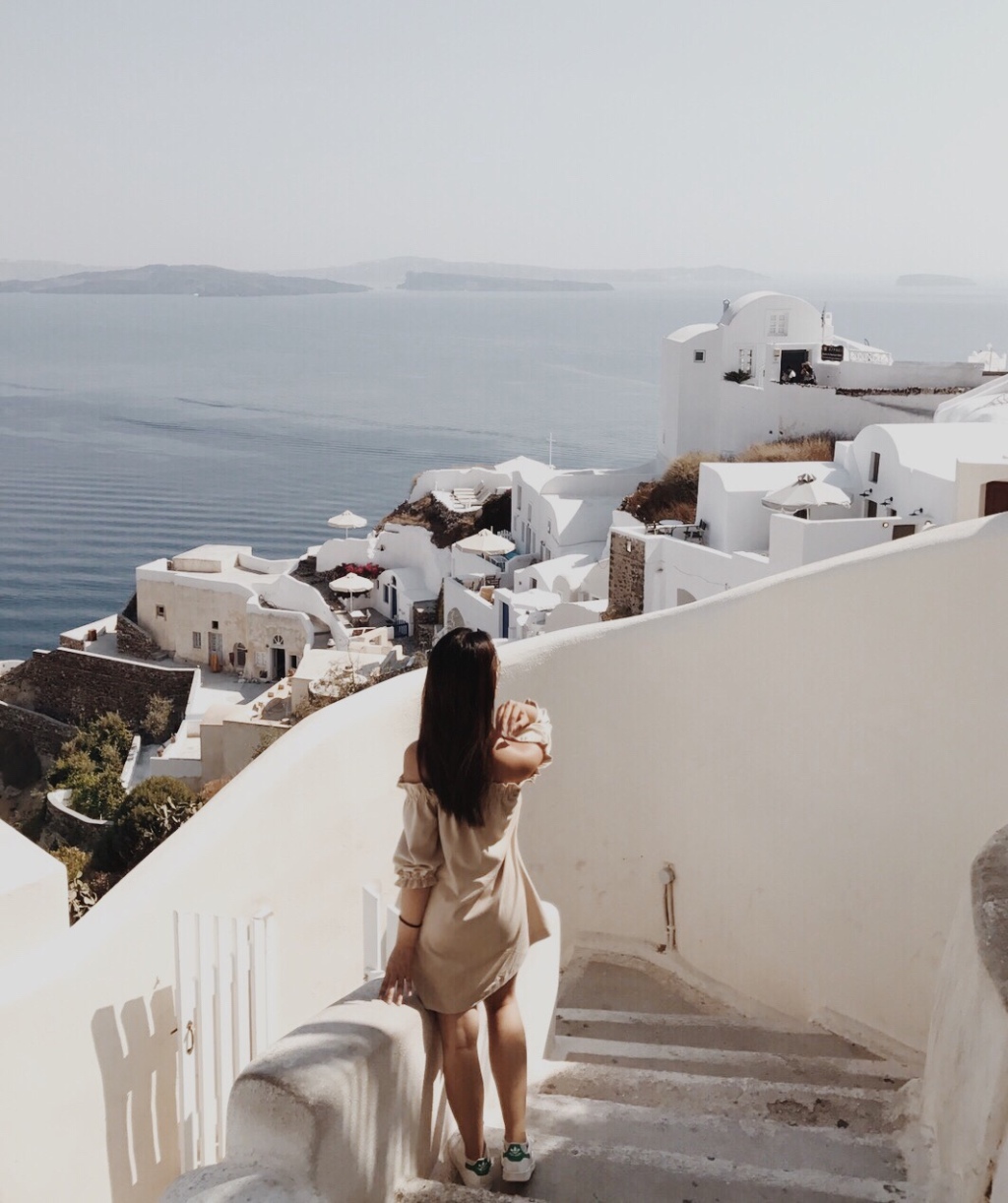 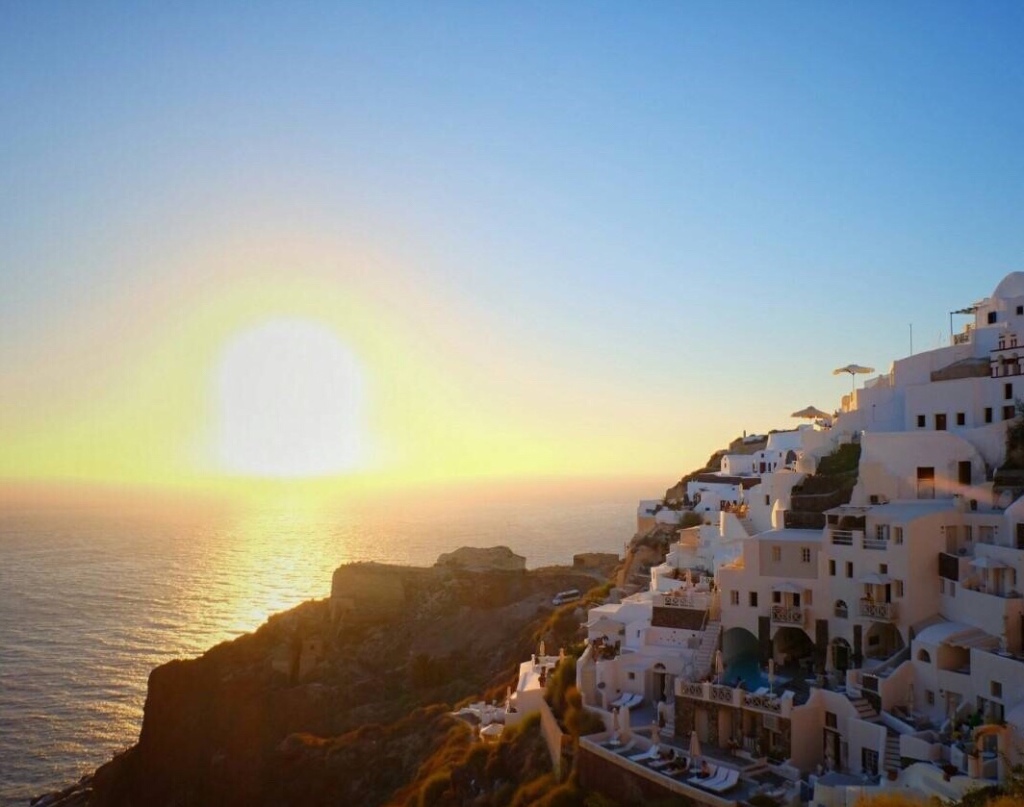 In October, I ventured out ( XD ) on my own and went to Belgium by myself. For 5 days only.

I grew so much during those days and I was so grateful for my airbnb’s host. She was so lovely. I also met with one of my friend’s friend. Never met her before and although I just spent a day with her but she was so cute. The rest days of the trip were solo only. At night I went to the local pubs and talking about my countries ( Vietnam and Hungary of course ) and listened to theirs. We both had so many misconceptions and stereotypes, but talking as people we got to understand each other so much better. “I met so many new people and friends throughout these 5 days”. Even though I didn’t meet them the next days but I felt home with the warm hospitality of others that night. That is when I realized not only me the one who was having a solo trip. The world can be scary sometimes, but not everywhere all the time like CNN would suggest ( watch news guys). Its amazing what happens when for one second you take yourself out of your reality and disconnect from things, people and places you are used to. 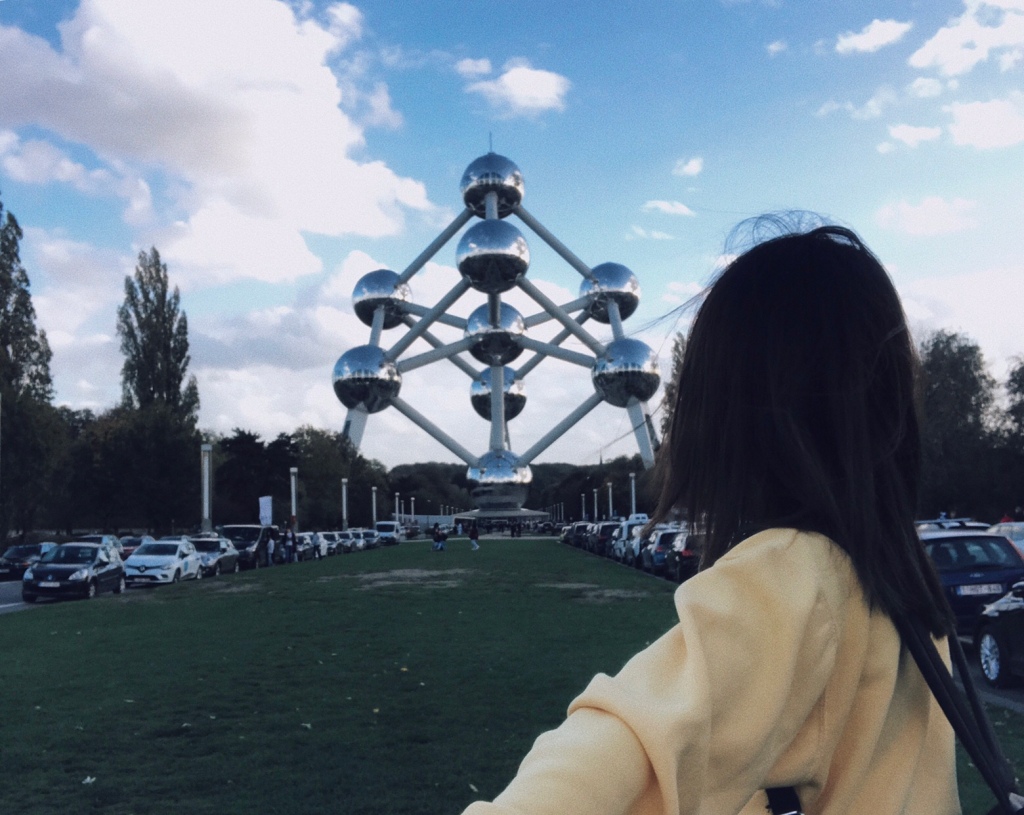 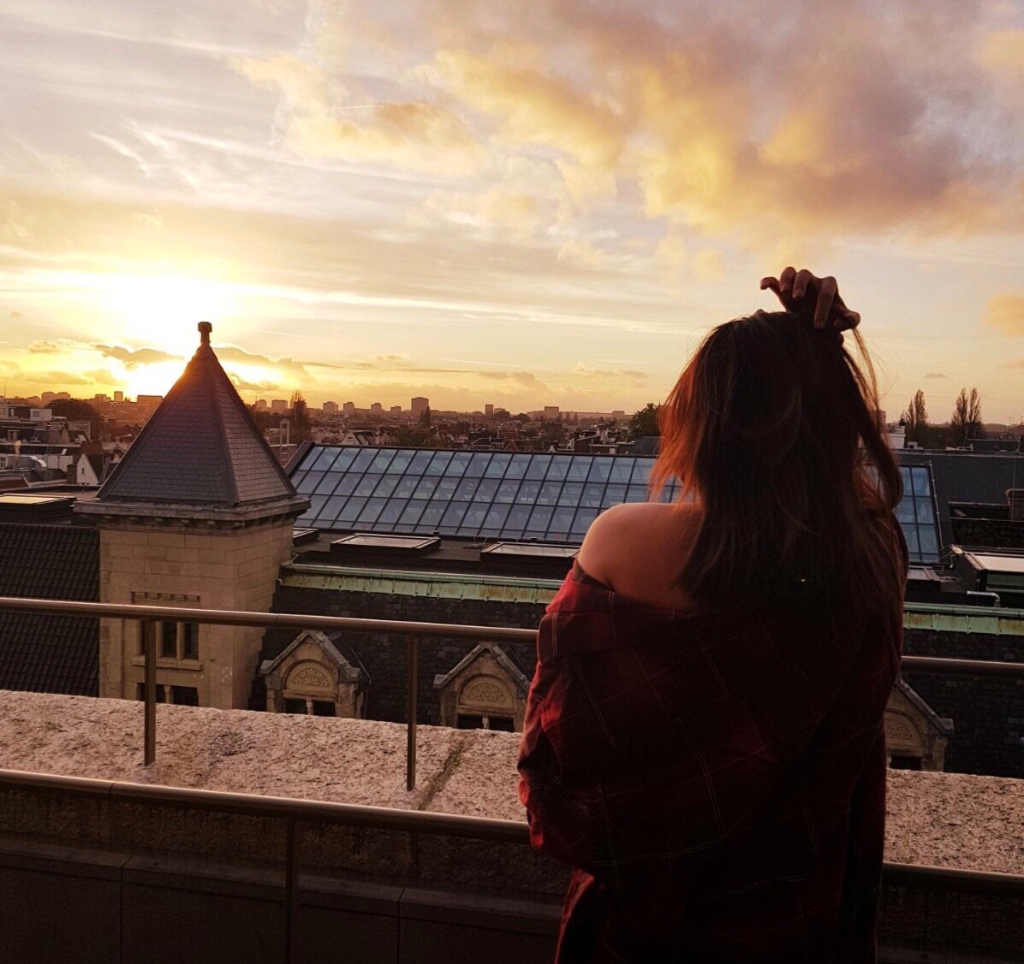 Someone once told me that everything worth experiencing is found outside of your comfort zone, and as you grow up your comfort zone grows with you. Its getting bigger and bigger every time you do something new and it’s important to never stop trying to expand that circle.

I enjoy documenting the trips that I’ve been to for a few reasons. The first is I can recall, look back in times and see how far I’ve come. And also get to expose with my family, friends and people parts of the world they will never experience. Through my travels, I continue to gain new insights, make new friends, and see how much more good there is out in this amazing world.

As I said at the beginning, I’m on my way to London so maybe I will write about my trip at London too so see you guys in my next blog maybe LOL.

Thank you and enjoy reading! Love you all!

One thought on “My journey’s diary”